Sacramento City Council voted 7-2 in favor of the arena deal with the Sacramento Kings on Tuesday and the team is rolling out more concepts for the downtown facility, but in a unique way.

The Kings have opened an “experience center” at 660 J Street that offers a hands-on demonstration of what the arena will look like when it opens in 2016. Tours of the 8,000 square foot facility are currently available for use by fans and potentials. owners of suites who make an appointment via SacramentoESC.com.

What’s in the “XC?” Well, there is an Oculus Rift headset that allows users to fully immerse themselves in the plaza, lobby, and bowl of the arena. It also allows you to stand on the ground and look around the entire arena like DeMarcus Cousins comes towards you and addresses the crowd.

Along with the Oculus Rift experience, there is an augmented reality station that serves as a template for the setup.

“What most teams in the 20th century do is build a three-by-three-foot model, built to scale, of what their arena or stadium will look like. to do is use augmented reality to achieve the same end, ”Kings President Chris Granger said.

The board in the video contains a piece of paper that works with the app. Granger said team employees could potentially put the same type of paper on the back of their business cards or other team-related documents. Fans could receive the paper and the app to experience augmented reality on their tablet or phone (the app should be sent to an individual directly from the Kings as it is not available to the general public at this time).

Next to the augmented reality area is a wireless charging station to illustrate the different areas of the new arena (suites, clubs and public spaces) where people could charge their devices. Granger said the Kings might even end up putting them in the armrests of the seats.

Speaking of seats, another interesting piece of the XC is the side-by-side comparison of the seats in the Sleep Train Arena and the seats that will be in the new arena. The new leather seats will be purple (go figure), four inches wider, and a bit more comfortable, as you can see. 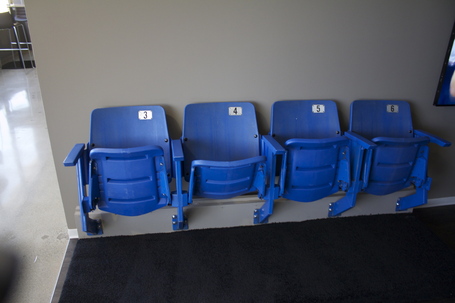 The XC replica suite includes a common table that doubles as a charging station for mobile devices. It also has a kitchen, storage, TVs and iPads that act as “control panels,” giving attendees the control to personalize their experience. The suite is 650 square feet (the suites at the Sleep Train Arena are 400 square feet). Granger said that 26 of the 30 or so sequels in the new arena will look exactly like this. 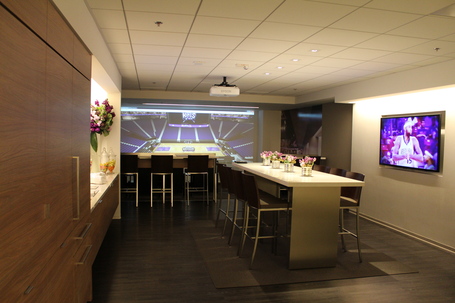 A “green wall” borders the background of the establishment’s bar area. Granger said this illustrates how the new arena will feature living vegetation.

“Throughout the process, we talked about huge sections of the building that will have green walls alive… this allows us to test the technology that we will use to keep the walls green, fresh and alive,” Granger said. . 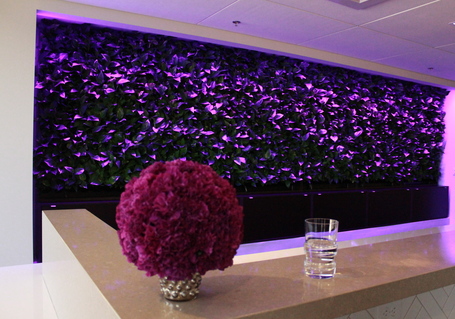 The XC also features artwork by local artists and a conference room table created with local materials. Built and designed by AECOM / Icon / Turner, the Kings claim that everything about the XC was 95% locally sourced.

In case you missed the final vote at town hall on Tuesday night, here’s a video of the reaction inside the council chamber.

In other news from the arena, opponents are still trying to prevent the project from happening. Threats of a signature petition (if the money is there) and a possible lawsuit for trafficking and “riots” at the Kings games, among others, are launched, according to The Sacramento Bee.

The arena costume indicates that riots occur “often” outside of NBA games. And calls the arena’s design “a huge cave that looks like a crushed aluminum box.”

To overturn a Council order by referendum, opponents of the arena will need 22,000 signatures in 30 days. Once again, the $$ plan is not subject to 2 referendums

Arena designs offer an exciting glimpse into the future

Architectural renderings are a full step away from actual polished renderings, but the Golden State Warriors might need this step to be a jump after audiences question their first concept for the team’s new 18,000-seat arena. . Criticism ? Well, it looks like a toilet. Architecture. It didn’t take long for people to have fun […]